In September in the town of Burgas were officially opened entirely renovated kindergartens Delfin, Veselushko, Sluntze, Chaika and Zlatna Ribka.

Veselushko Kindergarten, situated in Izgrev district is also renovated with funds provided by the Municipality from Energy Efficiency and Renewable Sources Fund as the reconstruction, performed during the summer season, is with total value of around BGN 200 000, BGN 50 000 from which are municipal resources and the rest of them are provided by Energy Efficiency and Renewable Sources Fund.

The reconstruction in Sluntze Kindergarten also performed during the summer has a total value of BGN 160 000, BGN 45 000 of which are municipal resources and the rest of the sum are provided from EERSF.

After more than 50 years after its establishment the oldest kindergarten in Burgas began the new academic year fully renovated and modernized. The ribbon of the completely transformed kindergarten was cut by the Mayor Mr. D. Nikolov, the Deputy Mayor Ms. Yordanka Ananieva and the Director of the kindergarten. The building was established as a kindergarten back in 1957 and it has never been renovated since then. At present there are 140 children that are educated and raised in 4 groups between 3 and 7 years old. BGN 215 000 is the total value of reconstruction works and renovation. Part of the funds – BGN 55 000 are provided by Burgas Municipality from Energy Efficiency and Renewable Sources Fund, the rest of the sum – BGN 140 000 are from the municipality budget.

The kindergartens – Chaika in Meden Rudnik District and Sluntze in the downtown of the city already opened doors. There are expected to be opened officially till the end of September 2011 Detelina and Slaveiche Kindergareten.

Till now Municipality Burgas has 12 approved by EERSF projects for energy efficiency improvement regarding kindergartens, schools and street lighting in the center of the Burgas. 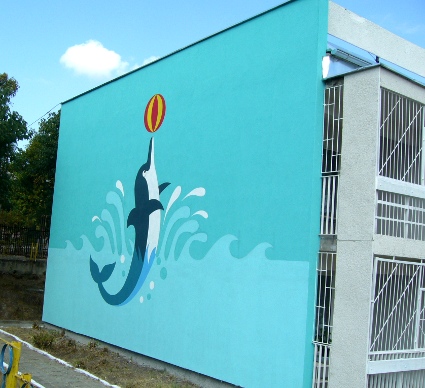 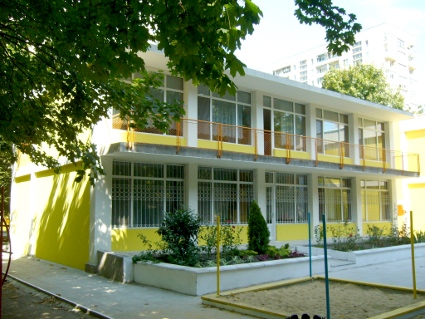